28 doors Oranienplazt, refugees of control symbol for integration, representing 28 member states of the European Union that have closed their doors to refugees was found burned to wake people this morning.

The 28 gates Oranienplazt commonly called (« House of the 28 doors ») was initiated at the base to pay hommage  to the thousands of people who lost their lives on the borders of Europe as they were desperate for better conditions of life! A work of collective action BEWEGUNG Nurr.

The project aimed to raise awareness of the EU on the conditions of migrants fleeing wars and dictatorships, which in Europe are often caught between impossible bureaucracies, inadequate housing, and cultural opposition politique.Situé the place for several months Kreuzberg c is seen as the epicenter of the protest of the refugees in Berlin! 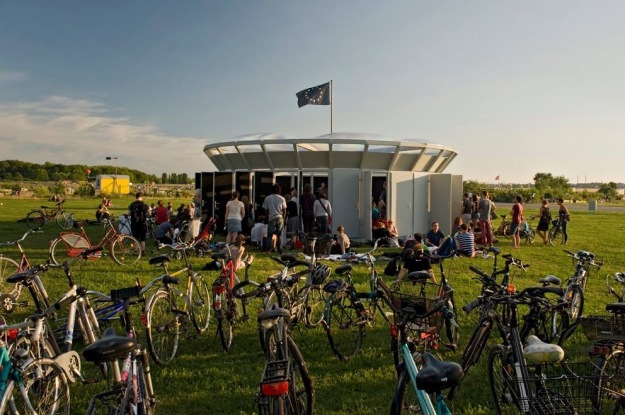 And today, one question remains unanswered, that would have burned the 28 gates of Oranienplazt?

Would it be racist radical action of the growing right? A boy of 28 years was arrested and then released by the police!

There are questions left open since the discovery of the 28 gates burned this morning Oranienplazt kreuzbert in Germany!